WITS Interactive Has Been Awarded For Excellence In Emerging Technologies 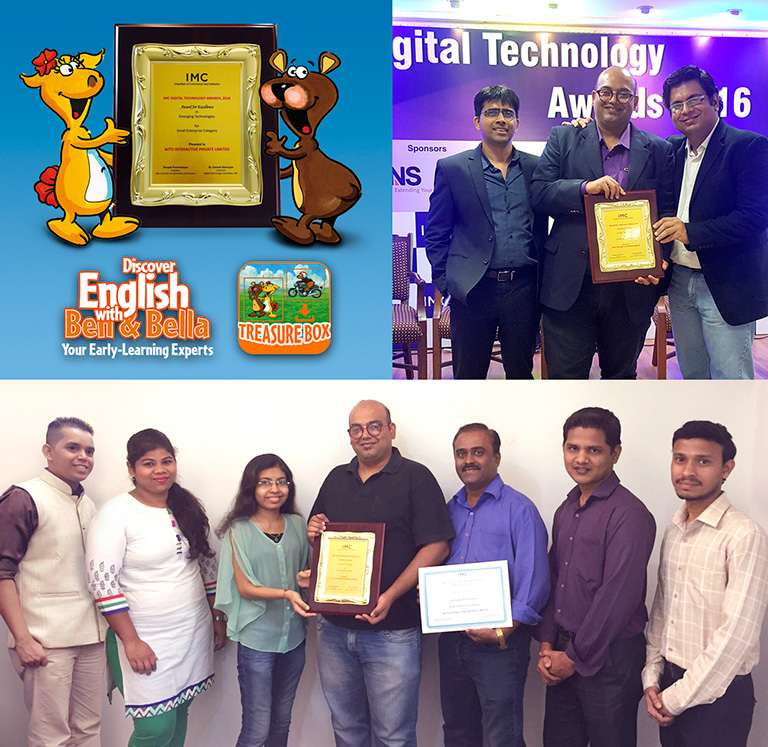 WITS Interactive is a leading DesignTech Agency working across digital, print, film and offline medium to provide bespoke immersive and experiential solutions to its clientele. With its remarkable work across all sectors, the company has achieved huge success making it one of the most prominent companies in its industry. With great success stories and achievements the company is proud to announce that they have been awarded for excellence in Emerging Technologies by the IMC Digital Technology Award 2016 which was held in Mumbai at Walchand Hirachand Hall, IMC Chamber of Commerce & Industry on 12th April 2017. WITS Interactive was nominated and awarded for Ben & Bella - Treasure Box, an app that focuses on teaching the English language to pre-schoolers in a fun and engaging manner using Augmented Reality.

Mr. Hitesh Jain - Founder & CEO, WITS Interactive quotes that, “We at WITS Interactive are honored to have received this awards. Ben & Bella - Treasure Box has won the IMC Digital Technology Awards 2016 for excellence in “Emerging Technologies”. This moment would not have been possible had it not been for the tireless efforts and hard work from my talented band of Brainiac’s fueled by several cups of coffee & pizzas. I would also like to thank IMC and the Jury members for recognizing our app and the potential it has in providing a learning experience for preschoolers. Ben & Bella - Treasure Box, made in India… for the world!”

Learn English by playing in English!

With the innovative Ben & Bella – Treasure Box app, young children can create their own audiovisual English dictionary of more than 300 key words. You can download many Ben & Bella animated cartoons, fine audio-books, animated video-books and wonderful songs to sing-along. All are narrated or sung by native English speakers. These not only entertain children but familiarize them with spoken English in no time.

The app is available for smartphones and tablets (iOS & Android): http://benandbella.com/app/ar/